Over the last century, the size-at-age (SAA) of Pacific halibut has changed dramatically, with steady increases in SAA from the 1920s until historical highs in the 1990s, followed by a steady decline until recent times (Fig. 12.1). The recent decrease in SAA combined with low recruitment of cohorts spawned at the time of the initial decrease in SAA in the 1990s have contributed to a decrease in exploitable Pacific halibut biomass. To illustrate these changes, the average weight of a 12-year old Pacific halibut female has decreased approximately by 20 pounds in the last 40 years (Fig. 12.2). Despite the importance of this decrease in exploitable biomass for fisheries management, our understanding of the potential causes for the historical change in SAA is still rather scarce. Changes in SAA in Pacific halibut have been hypothesized as being attributable to a variety of causes, including a fisheries-dependent effect through size-selective harvest, changes in population dynamics of the Pacific halibut stock due to a density effect, or changes in somatic growth as a result of environmental and ecological influences. Of the different possible environmental influences, temperature is believed to play a predominant role in influencing somatic growth in the Pacific halibut. Therefore, research activities at the IPHC in this area are devoted to further understand the potential effects of environmental conditions on somatic growth by evaluating the effects of temperature, among others, on spatial, temporal, and age-specific growth patterns in the Pacific halibut. One important aspect in these activities is the development and application of tools in the form of physiological markers to monitor somatic growth patterns in the wild. 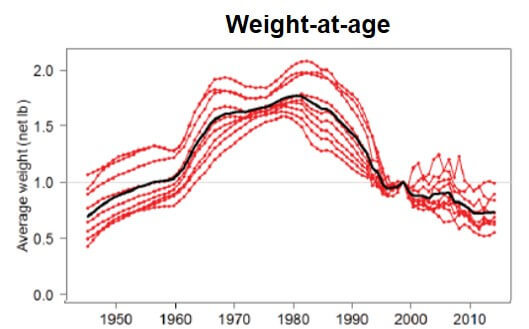 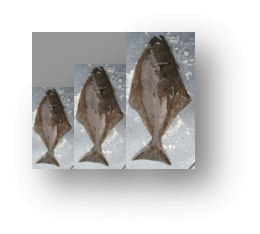 Purpose and methods for studying growth alterations in Pacific halibut.