The IPHC’s current understanding of juvenile Pacific halibut migration is the result of a variety of information sources including occurrence data from National Marine Fisheries Service (NMFS), IPHC fishery-independent setline surveys (FISS) and tagging projects that span several decades. A summary follows with links to more information below.

Pacific halibut spawn along the continental shelf edge and embryos and larvae are carried away from the spawning grounds by prevailing currents flowing westward in the Gulf of Alaska, and north and west in the Bering Sea. Pelagic larvae depend on currents to transport them to areas of plankton production where they are able to feed, and eventually settle inshore in shallow nursery areas. Juvenile Pacific halibut begin migrating from the nursery areas within a year or two of settlement in a direction counter to the currents that transported them there, i.e. to the east and south in the Gulf of Alaska and to the south, north, and west in the Bering Sea (Fig. 1). They also disperse to greater depths as they age. 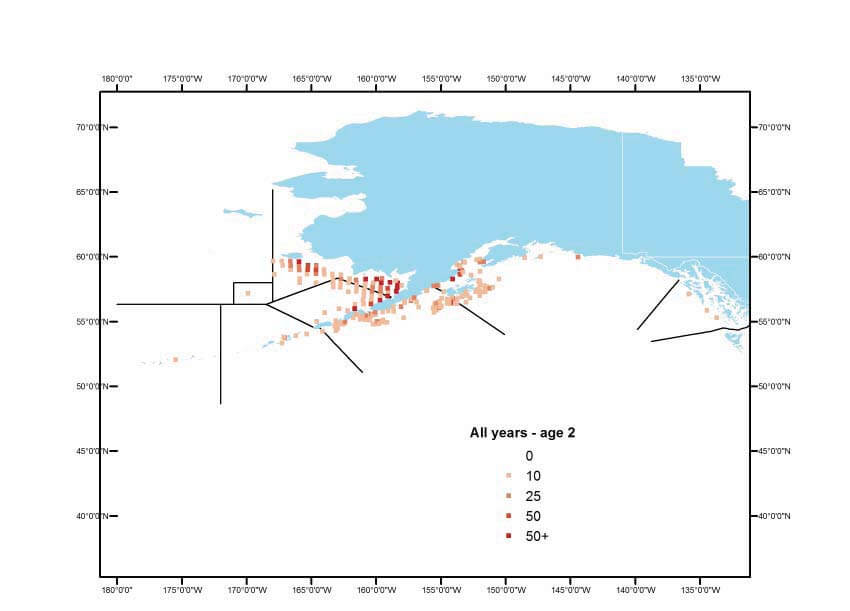 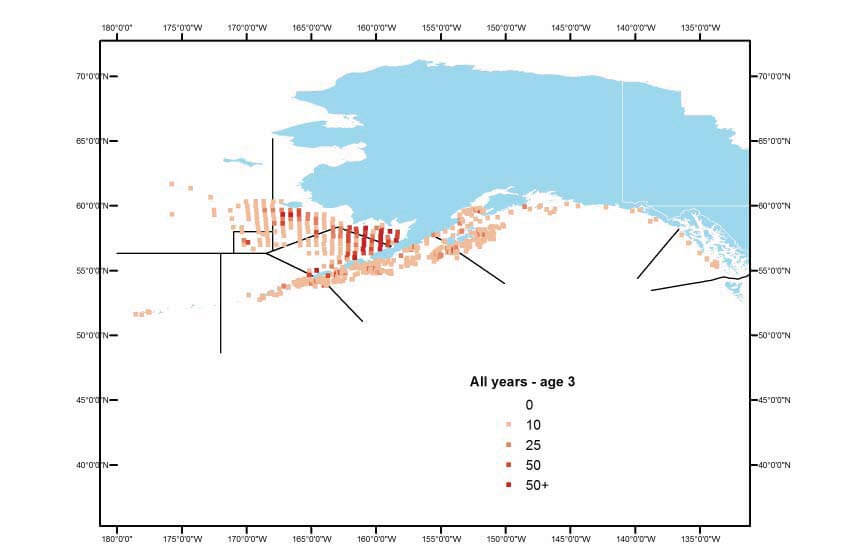 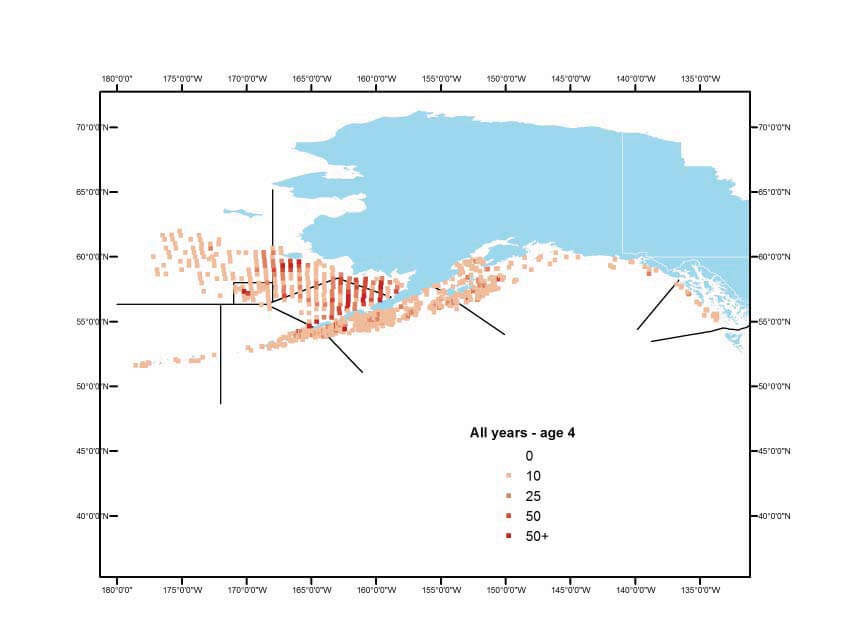 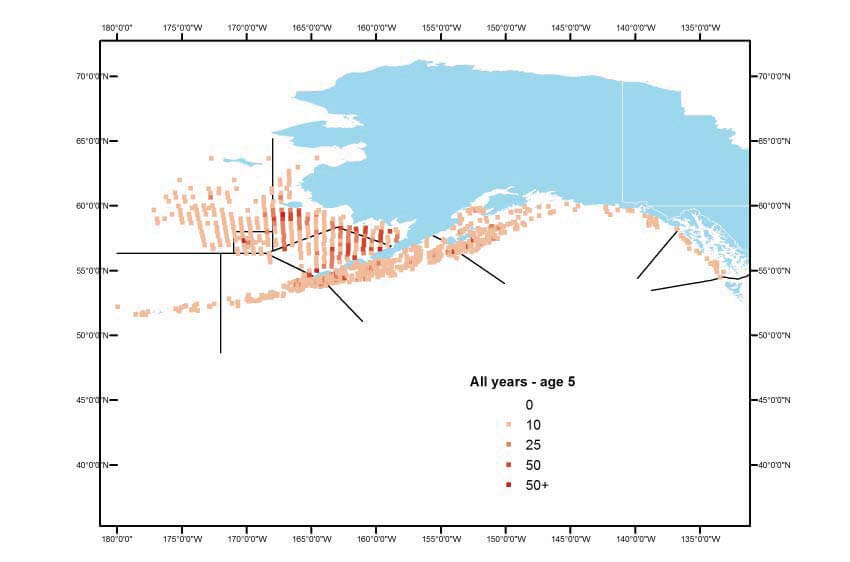 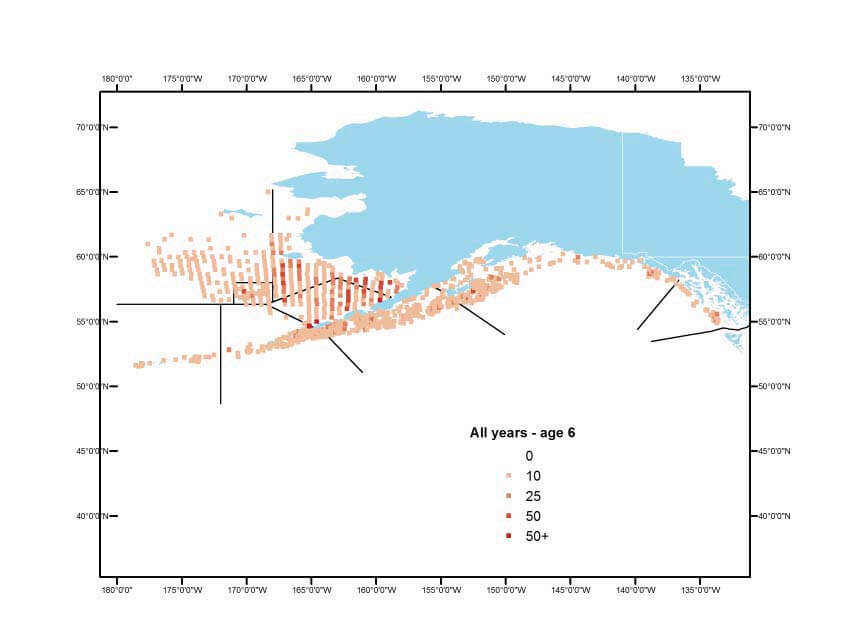 Table 3. Recovery proportions by release and recovery areas of externally-tagged Pacific halibut < 65 cm in length at the time of tagging. Total numbers are provided in the last column. IPHC Regulatory Area 4 is presented as separate Bering Sea (BS) and Gulf of Alaska (GOA) components. The values in bold represent the proportion that was both released and recovered in the same area.

The IPHC conducted a large-scale Passive Integrated Transponder (PIT) tagging effort in the mid-2000s. The strength of this type of tag was that it was detectable only by specialized equipment used by IPHC samplers, and thus alleviated the reporting bias inherent in external tagging. The tags were placed during the IPHC fishery-independent setline survey and did not specifically target juvenile Pacific halibut, but a component of fish caught during the surveys are < 82 cm in length and, therefore, results of the project allowed the calculated estimated probabilities of movement based on length.

For western areas, the estimated probability that a fish migrates in a given year declines with increasing length. Estimated annual emigration probabilities are very high for smaller IPHC Regulatory Area 4A fish, over 0.5 per year for Pacific halibut < 70 cm in length, and remaining over 0.2 for fish up to 95 cm in length. For Area 3B, Pacific halibut < 80 cm in length have at least a 0.15 probability of moving each year, a rate that declines with increasing length. For Areas 2B, 2C, and 3A, the relationship between emigration rates and fish length is less clear (Fig. 7). [Primary source: Webster et al. (2013)] 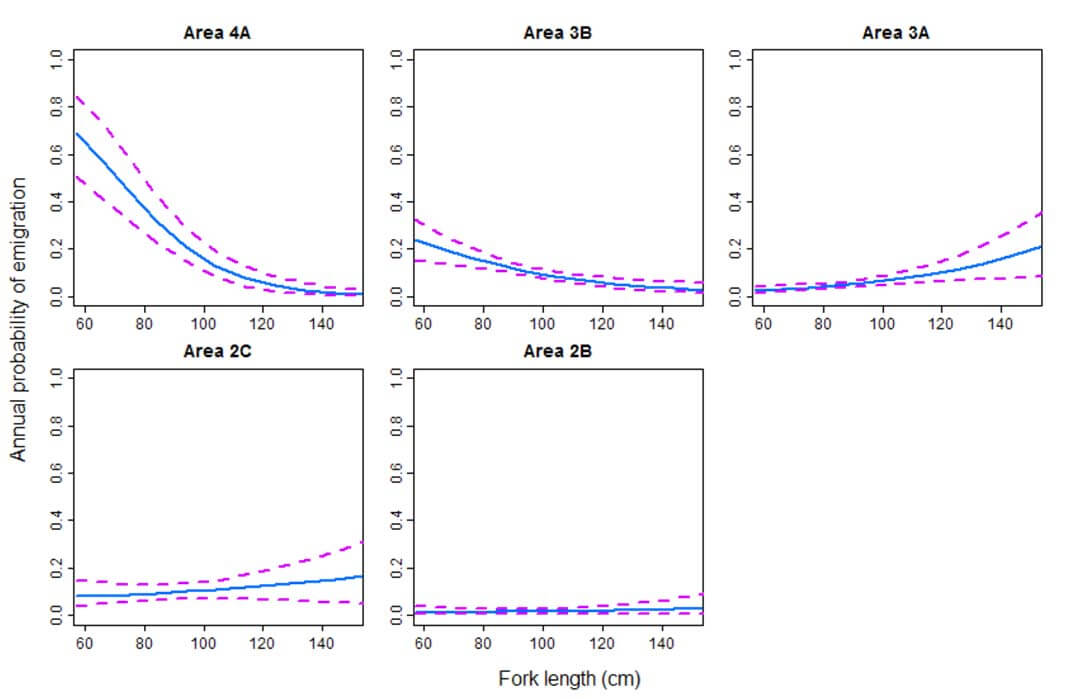 Data from Bering Sea tagging programs show that Pacific halibut < 65 cm in length have historically had high rates of movement into the Gulf of Alaska: depending on the release area, 70-90% of tagged Pacific halibut were recovered in the Gulf after eight or more years following release.  While the general pattern was for a south and eastward movement across the Gulf, there was also some migration of small Pacific halibut to the west, towards IPHC Regulatory Area 4B for all release regions. Studies tagging larger fish have found much less movement into or out of Area 4B than other regulatory areas (Valero and Webster 2012), but these data provide evidence that the population in Area 4B is connected with that in the eastern Bering Sea through the westward movement of juvenile fish.

In 2015, the IPHC launched an external wire tagging effort targeting Pacific halibut < 82 cm in length caught during the NMFS trawl surveys which cover the Bering Sea (annually), Gulf of Alaska (biennially), and Aleutian Islands (biennially). The objective of the project is to update our understanding of juvenile migration both within and between ocean basins. In 2016, the juvenile tagging effort was expanded to include part of the IPHC fishery-independent setline survey catch, and in 2017 the project was expanded to all setline survey areas where the sampling rate for otoliths was less than 100%. Given the recent commencement of the project, there have been very few recoveries to date, but that is expected to improve over time. Tagging will continue for the next several years.